A unique place to host your event...

01 44 54 38 54 Email
For a free quote
Strong points Accessible for disabled persons, ...
visit ours spaces (click the room of your choice)
Room list

A bit of History

The “Palais des Fêtes “was a large establishment inaugurated in 1910. 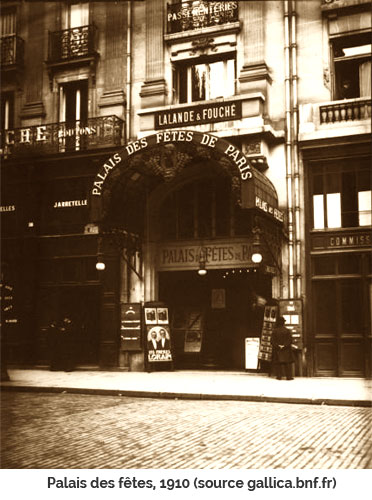 It originally contained a large room holding up to 1000 persons which was both a café-concert and a movie theater.

In 1915, a second room holding up to 1050 was built and the place became the first establishment in Paris! The Palais des Fêtes went on until the January 3rd 1961, when it was closed. 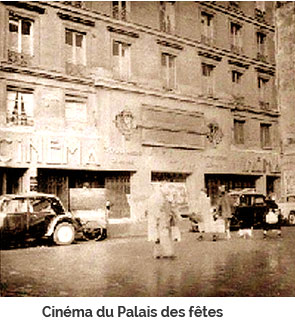 The entrance to the “Palais des Fêtes” was then situated on the number 8 aux Ours street and the exit on the 199 Saint Martin street.
The place situated in the heart of Paris, is now totally changed and registered in the meeting, congress and seminar renting rooms: “L'Espace Saint-Martin”.